Why is this place called the Steelworks?  Iron was smelted and forged in this area over 300 years ago. There were iron works in Linton in Roman times, as well as in the 17th century.

Before 1819  Christian services were held both at the Steelworks and at Blindman's Gate. The Phillips family occupied  three houses and 16 acres at Steelworks in 1841. William and Jane Phillips  married in 1819 and they moved from Oxenhall to Gorsley and were founder members of Gorsley Baptist Church. William was a quarry man and a farmer.

Their grandson Tom Phillips who lived at Steelworks Cottage was an assistant quarry master. He married in 1889 (photo).  Eight generations of this family have been members at Gorsley Baptist Church.

The cider mill and press were possibly the most valuable pieces of equipment on the farm.

Gorsley Goffs Year 4 class recreate a photo in 2021. Can you tell which one? 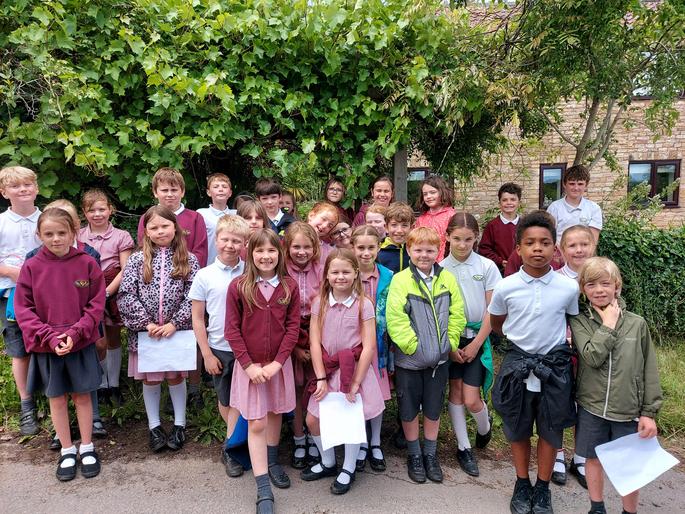